He and Chris Gestrin spent four years making Dig Deep, creating an exciting soundscape, never turning into just a wall of sound however many instruments they put on a track.

With a good voice, expert instrumental skills, both on the guitar and on percussion, Marsland is at times absolutely brilliant.

Start your journey with this CD by, for example, listening to tracks 6-8. First you get "Belly of a Whale," a lovely blues work song pastiche, that could have passed for traditional, beautifully executed.

Then the rocking "I Don't Know About That," followed by the moving "Lay Your Head," which could have found its place on a Peter Gabriel album (and I mean that as high praise indeed).

Almost 18 minutes of sheer musical pleasure. Track 2, bluesy "In Good Hands," and track 11, the soulful "Peaceful Man," reach the same heights. Five tracks that would stand out on any album by any artist. 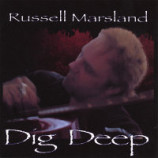 Marsland Travels to the Heart of the Blues

Local guitar ace Russell Marsland has been a powerful presence on the Vancouver music scene for more than 30 years. At 15, he would sneak out of his parents' East Van residence to play between strip shows at the Penthouse; two years later he was in the house band at famed '70s hangout Lasseter's Den, performing with the likes of Powder Blues guitarist Tom Lavin (who handled bass back then). By the time of his first pro gig, Marsland had already been exploring the guitar for a decade.
"I was five the first time I picked it up," relates the 50-year-old fretmaster, calling on a cellphone from a "Zenlike" Richmond farm where he and his fiancée, vocalist Suzanne Gitzi, are painting a friend's barn. "I just decided I was gonna play, and that was it, you know. It wasn't the Beatles, it wasn't any of that. For some reason, the guitar was the thing for me, so I promised my mom and dad that I'd be a good boy if they went out and got me one."
Marsland's folks picked him up a particleboard "Cowboy Bob" six-string at a church bazaar, and the pintsized guitar freak was on his way. There was lots of musical inspiration in the family: his mom played piano, and his grandfather had tickled the ivories in the renowned Mart Kenney Orchestra. The strains of Dixieland, swing, and country were common in the Marsland household, but it wasn't till young Russ was nine and caught wind of the blues that his musical forte was revealed.
"Call it a premonition or whatever you want," he says, "but the minute that I heard B. B. King open his mouth and bend his first note, I just went, 'That's it!' And when I was about 12 we had a soul band in the basement, with a horn section and the whole thing, and we were playing Sam & Dave and Wilson Pickett and all that, when everybody else's kids were listening to the Banana Splits."
Marsland's emotional bond to bluesy music became even stronger when, in his early 30s, he was hired by Peavey Electronics to do clinics for their guitars and amps in Mississippi. "I had no preconceived or romantic ideas about going to the Mississippi Delta," he explains, "but when I got there, it's like a big sort of wave hit that I'd been there before. I mean, it sounds weird, but I felt completely at home there; I almost knew the streets. It's the same feeling of déjí  vu that I get from this record."
The record Marsland refers to is Dig Deep , a deeply layered, 80-minute journey to the heart of the blues--with the odd detour into country rock. Although he's worked on more than 100 albums by other people over the years, this is his first solo outing, which he was ably assisted on by local keyboardist, engineer, and producer Chris Gestrin. "Basically, he's a very hip jazz player," notes Marsland, "and I went to him with a couple of ideas--just things in my head, emotions and sonic ideas. I had one song in my mind, and I just laid it down for him on acoustic guitar, and right off the bat he believed in it. He said, 'This is awesome! When do you want to start recording?' "
With Gestrin at the controls, Marsland set out to find the sounds that were coming to him in his head, and he was determined to create them his own way. Experimentation was the key. "Rather than using all these great drummers we know, I had this idea where organic sounds become the groove," Marsland says. "I remember hearing this incredible rhythm coming from this clothes dryer in Chris's place. It was thumping away and it was laying this groove down, and I went, 'I like that!' "
Marsland won't be lugging Gestrin's home appliances with him when he previews material from Dig Deep at Gastown's Maple Tree Square next Saturday (June 26) at 1 p.m. For that free show--part of the TD Canada Trust Vancouver International Jazz Festival--he'll have a human drummer instead: Shawn Soucy. Also onboard for the hourlong gig will be bassist Brian Newcombe, saxophonist Steve Hilliam, harpist-guitarist Keith Bennett, and Gestrin, whose recording credits include Jim Byrnes, the Rascalz, and K-OS. 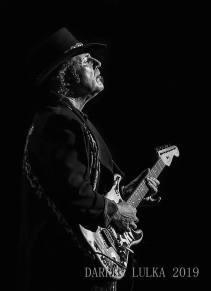 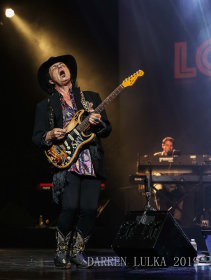 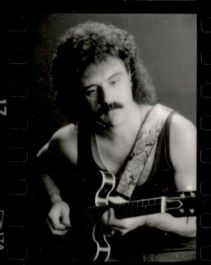 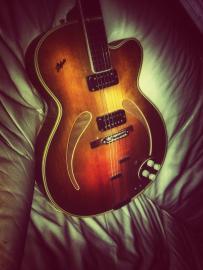